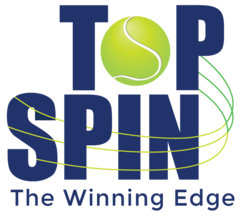 MISSISSAUGA — Though learning to blast a 250 kilometre/hour serve like Milos Raonic would be an impressive lesson, first, one must grasp the fundamentals. To lay the groundwork for top-notch play, coaches from Mohawk Park Tennis Club hosted the third annual Little Aces event Saturday. Read full article

What is Progressive Tennis

Progressive Tennis also referred to as 'Little Aces' or 'Le Petit Tennis' is an innovative and effective method of introducing tennis to junior players by using larger and slower moving balls and smaller nets.

Progressive tennis introduces the sport of tennis for young players aged 4-12 in a fun and interactive way.The game uses modified racquets and tennis balls such as pressure-less balls along with nets and courts. Tennis Skills are developed much faster allowing players to transition to full court.

These classes will allow young players to improve their overall tennis skills faster so they can transition to regular court with more ease and confidence. Players will train and compete with courts and equipment that are suited for their size.